These past few days since Thanksgiving have been a frenzy of “BFCM.”

Do you know what BFCM is? I must confess, I had to look it up: “Black Friday, Cyber Monday.” Who knew there was now an acronym for this.

In any case, over the years I have developed a growing unease with all the BFCM sales hype. The pressure to buy, buy, buy is extraordinary. And it always reminds me of two things: 1) the need to guard myself against all the marketing noise and be thoughtful about my purchases; and, 2) make sure the integrity of how I operate my own business holds true to similar value-oriented ideals. Because the ease at which I can deviate from either of these is so great.

I know this. I know this because I still recall one event in my business arc that pinpoints the moment where I began thinking about and doing business differently. Years ago I ran a small coffee roasting company that specialized in “flavored” coffees. Yes, coffees jazzed up with flavoring extracts of macadamia nut, chocolate raspberry, orange spice, etc. etc. Since my mother always cautioned me against using the word, “hate,” I will simply say, I greatly disliked them. At the time, though, there was a large market for these and I reasoned they were a sort of first step to refining consumer palates away from the cheap, “red can” variety of coffee. In the way that white zinfandel provided a gateway to fine red wines for many, I believed coffee consumers would eventually come to appreciate the finer nuances of single origin specialty coffees. And look what happened. Finally.

But I digress. Back to my Big Moment.

We had small teams in a few cities that sold our whole bean coffees at weekend arts & crafts festivals during holiday seasons. We sold a LOT of coffee at these events. But one transaction marks a watershed moment of simultaneous marketing savvy and douchiness.

I get a panicked call from the team lead in Los Angeles around noon on Saturday, explaining that one of the team members had accidentally mixed a “very large amount” of cinnamon flavored coffee into a “very large amount” of chocolate raspberry coffee. It’s as nasty as it sounds. And, of course, rendered both “very large amounts” of coffee unsalable. But worse than the loss of the coffees was the certain loss of sales with this spoiled batch out of the inventory — there wouldn’t be enough coffee to get them through the rest of the weekend. He needed an urgent shipment. An expensive shipment. We’re talking counter-to-counter SFO->LAX shipment, not-to-mention the hassle for us to drop everything and roast up a “very large amount” of coffee and get it to the airport — immediately. I thought for a moment. And a light bulb went on. I told him to center the beans on the display counter, stick a hand-made sign in them and call it, “Holiday Blend.” And mark it up a dollar per pound, distinguishing it as the most expensive coffee on the table.

He called 45 minutes later. FORTY-FIVE MINUTES. They had completely sold out of the so-called “Holiday Blend.” And he needed us to rush more coffee to them. So much for my relaxing weekend…

Part of me still laughs, while another part of me cringes. Quite honestly, I doubt anyone felt duped — all those flavors overpowered the coffees so awkwardly that I’m quite certain everyone enjoyed their Holiday Blend. But I knew. I knew I earned a buck more per pound on something I felt was inferior, just because I could market it that way. I’ve had folks high-five me for this. After all, isn’t the point of business to earn a profit? To maximize profit?

Perhaps. But maybe not in the fixated way we often legitimize. In the days and years that have followed that moment, I have come to think business is something different; something more.

At its core, business is a transactional relationship. It is celebrated as this efficient way to bring value to each stakeholder in the transaction; from producers to consumers and everyone in between. But the integrity of that — indeed the implied trust in that — centers around the relationship part. Not transactions. At least I believe that’s how it’s supposed to work. And while profit is an important outcome that helps ensure sustainability over the long haul, it should never subordinate the human aspects of how we conduct business with one another. After all, business activity revolves around…people.

Big businesses talk about this kind of stuff constantly. It’s as though they realize people want something like respect in the way they are treated as customers. Which all sounds nice until we try calling their 800 number or get disoriented in the mire of their website. 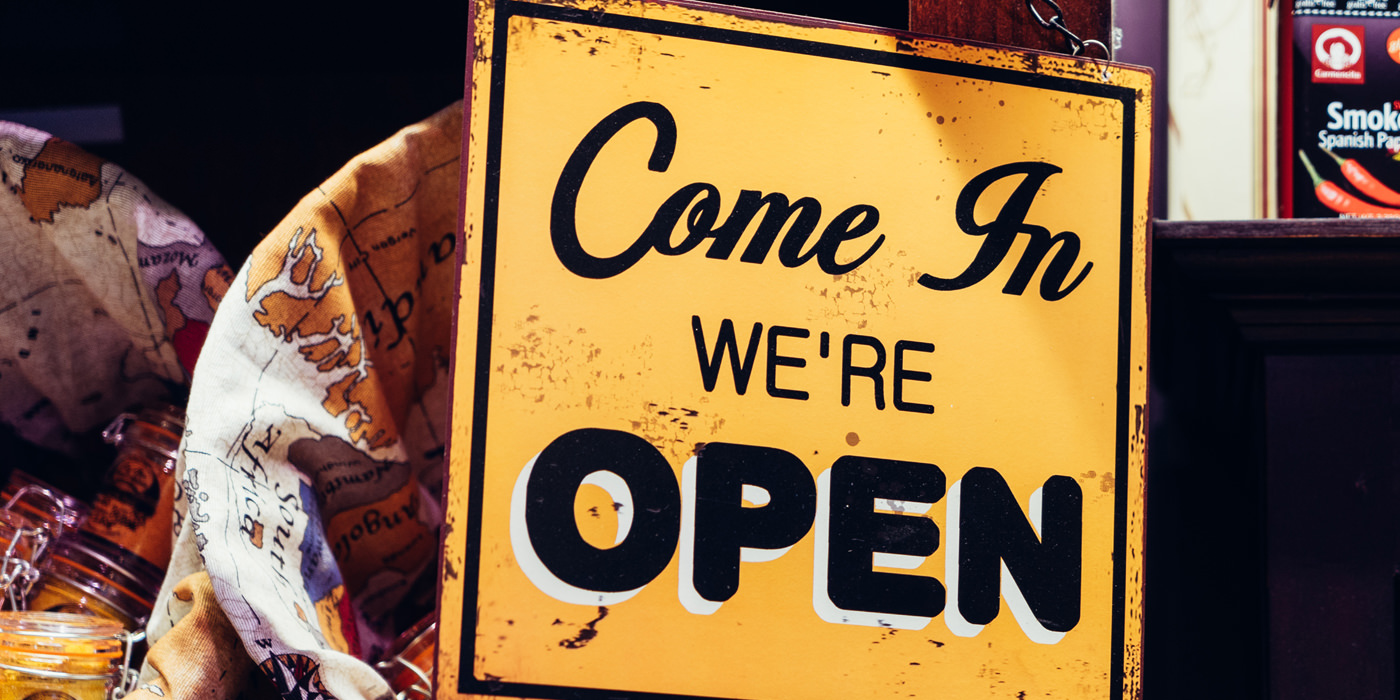 But small businesses really seem to be doing things differently. It feels like a step back into more honorable ways of conducting business. Patronizing family-run companies and thoughtful artisans isn’t just about nostalgia, it’s about rediscovering integrity in the way we interact financially with one another in community. I mean, shouldn’t business be people-centric? Isn’t that just good business?

I don’t believe this simply applies to how we run our companies, either. I also think this plays into how to how we consume. Maybe what we buy, how we buy, why we buy and from whom we buy could use a little reflection. Maybe we just need to stop for a minute and think about it. Maybe?

Of course, how this all applies to my business and other entrepreneurs I advise is an ongoing journey for me, but it feels much more authentic to me than being able to snag an extra buck off the table. Just because I can.

Enjoy the season; think about the season. And, indeed…beware the freaking “Holiday Blend!”